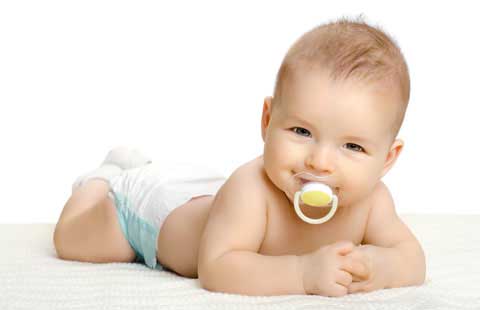 There are periods in life when extra body fat is of vital importance. © tankist276 - Fotolia.com

Your body fat could be less of a problem than you might think. Check it here.

Not always as bad as it seems

As a visitor of this website, you may look at body fat in a negative way. But please do not judge this too harshly. There are circumstances in life when a little more body fat can even be beneficial.

Body fat serves as an energy store, a padding against mechanical impacts, a coating against heat loss, a construction material for tissues and organs, and as a carrier substance for vitamins and other important components of metabolism, just to name a few.

Fat as an energy reserve

Food shortage has been a constant threat throughout human evolution. Without fat as a powerful energy store, humankind would have been extinct long before Stone Age.

Food abundance is a new phenomenon in human history; it has only existed for a century, or so, and only in some parts of the world. In abundance, our emergency mechanism functions too efficiently, and far more fat it built up than we will ever need.

A good energy supply is especially important during early childhood, in times of illness and malfunctions of the digestive system, and in old age.

Baby fat is an insurance against a transient energy shortage which may put growth at risk. During growth, fat is gradually reduced until it reaches a minimum in early adulthood.

During periods of illness, excess body fat seems to be beneficial. The so-called obesity paradox has been found in many medical studies. For instance, patients suffering from heart disease have better chances of survival if they are obese rather than slim - despite the fact that obesity is a well-known risk factor for heart disease.

During old age, all the vital functions gradually decline. The energy supply is less efficient; thus an energy shortage has more severe consequences than in earlier life. In order to compensate for this, there is a shift from muscle mass to body fat mass from adulthood to old age. Smaller muscles consume less energy, and larger fat deposits store more energy that could be used in a case of emergency.

Read more about how and why the body mass index changes as we grow older.

Muscles and body fat in the elderly

At the age of 60 the body mass index is normally higher than at the age of 20. Thus, the loss of muscle mass has been more than compensated for by the growing fat deposits.

Old age is not an illness but a challenge to the organism that may have similar implications. One of these seems to be the energy supply. During illness, excess body fat has been found to be beneficial. During old age, weight loss is often a sign of deteriorating health. Thus, a body mass index that increases as we grow older, seems to be a logical physiological process.

Example of a burly older man

Lose weight and enjoy your meals at the same time.

Example of a burly older man